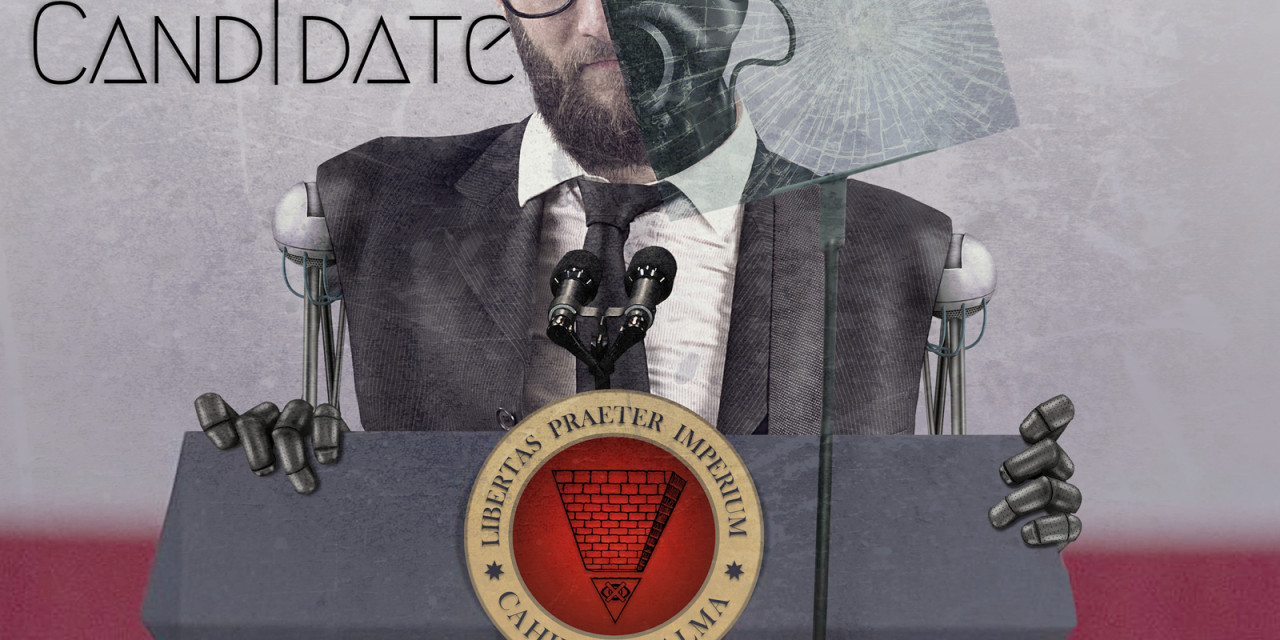 Check out this great review by Larry Sinclair 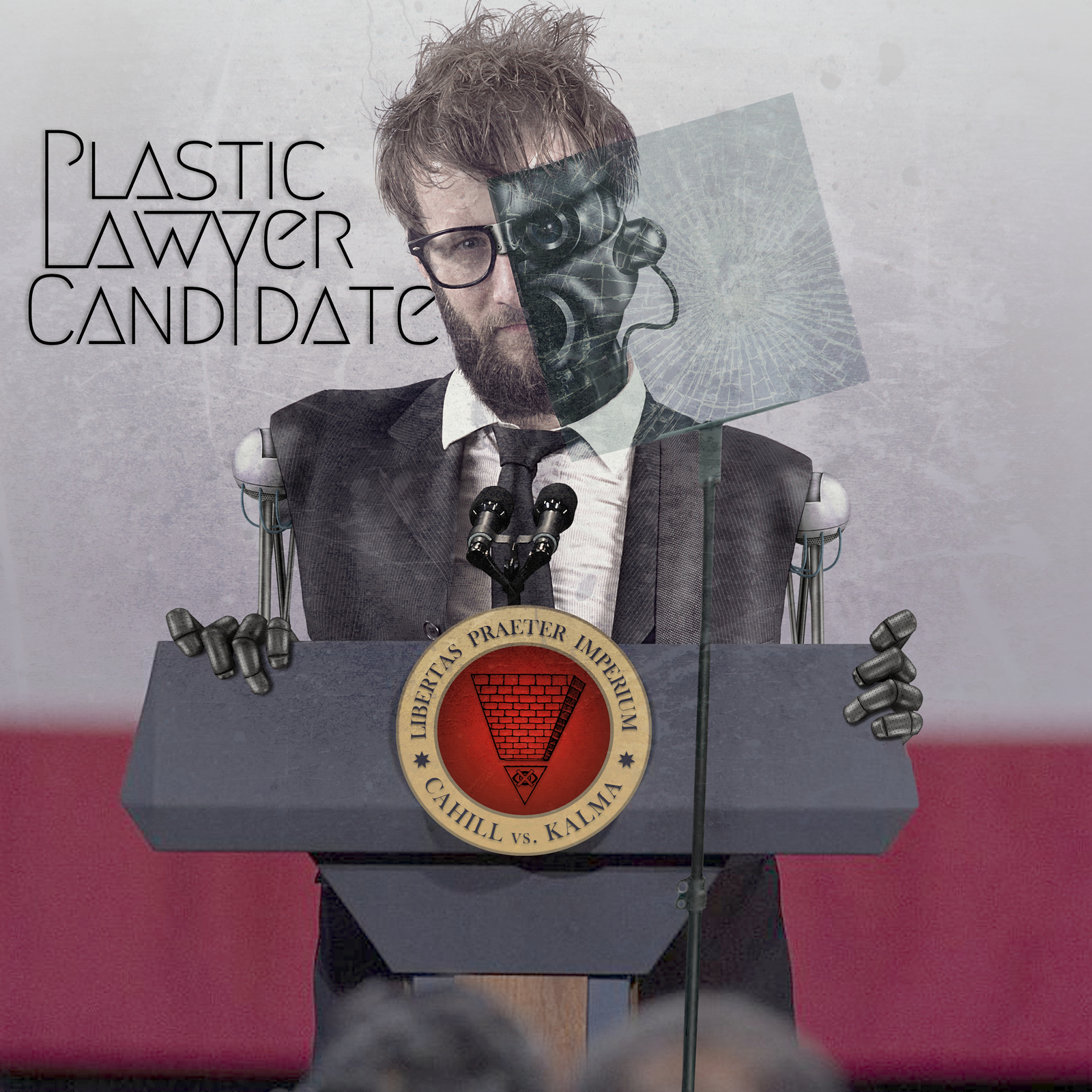 Recently I had the privilege of seeing and talking with Dave Cahill and Dave asked if I would listen to and write a review of his latest single Plastic Lawyer Candidate. For those who are not familiar with Dave allow me to introduce him to you.

I first met Dave on the 4th of July 2012 in Kintnersville, PA after watching him perform in some of the most grueling heat and sun which was hitting him directly. I teased him about how the sun reflecting off of his red sunglasses as he performed looked like the devil himself. What I nor anyone else realized at the time was that Dave was close to falling out in heat stroke, but like the trooper and consummate professional he is, he finished the show.

Dave is a songwriter, multi-instrumentalist, producer, political activist, web developer & small business owner. He has composed & produced 6 albums of original music and has performed a thousand live shows across the country as a solo artist and with one of his bands.

When I decided to listen to Plastic Lawyer Candidate and write a review I wanted to get an idea of what other songwriters/performers had done in the way of “War & President protest songs. I was surprised to discover that while there is a large number of them, some of them if you didn’t know the history behind them would not seem like protest songs at all. Take for example Marvin Gaye’s Whats going on how many of us really understood that to be a protest song about the Police brutality that was taking place during student protests of the Vietnam war?

Plastic Lawyer Candidate released July 3, 2014 by recording artist Dave Cahill is sure to be considered one of the great Protest Songs of this era historically.

The world today is far different now when it comes to how we communicate with each other and how information is shared. Gone like 78 and 45 vinyl records; 8 track and cassette tapes; are the day when we waited for a music group to record and release a single or album months later or for the nightly news to air a story telling us we just dropped a bomb on Japan. Today artists’ record and release music in a single day almost instantaneously making it available to the whole world to hear. When you stop and think about some of the protest music in American history you might wonder, as I do, whether the effect would have somehow been different had the war protest songs of Marvin Gaye; Curtis Mayfield; Crosby, Stills, Nash & Young; The Wailers w/Bob Marley; the Sex Pistols; John Lennon and The Clash been in the hands of the population on iPods, smart phones and tablets.

While those listed above are considered to have the Top 10 war protest songs, some of the Top 10 protest songs about the President include: Tom Paxton’s “Lyndon Johnson Told the Nation”; Phil Ochs “Here’s to the State of Richard Nixon”; 2Pac & The Outlawz “Letter to the President” cited as “no holds barred anger directed at President Bill Clinton on his ineffectiveness in addressing the plight of the black community”; Pink’s “Dear Mr. President”;  Pink; and Bright Eyes “When the President Talks to God.” While researching Presidential protest songs it seems George W. Bush has the most protest songs written about him. President Obama has been lucky compared to other Presidents as until now there is only one song released that is a direct protest of Obama and that is Rebel Diaz’ “Revolution Has Come.”

Cahill in Plastic Lawyer Candidate points out how Barack Obama promised the world only to give us something completely different.

Plastic lawyer candidate, he promised change, he promised to bring the troops home.  But, after the election, he rejected any questions, that progressives had request, I suspected nothing less from him.

Cahill reminds us that this Plastic Lawyer Candidate, who was awarded the Nobel Peace Prize not only has not ended the wars, but has through the use of predator drones authorized the killing of hundreds/thousands of innocent people, including children by way of bombing homes and villages in Pakistan, Afghanistan, Yemen, Egypt and elsewhere.

Imagine for a second that your children never get to live a long, happy life? Well, what the fuck would you do, if a missile crashed straight down into, the house that you call your home, and took your family from you?

The single Plastic Lawyer Candidate has a techno funk feel to its beat. Cahill’s use of radio and broadcast sounds of being unplugged in the background reminds us that in this age of technology we really do need to pull the plug to regain perspective.

Cahill reminds us that we have a President and a government that not only lies and misrepresents the facts, but one that has under the current administration gone to the extreme of spying on us, the citizens.

How many get the feeling, that you’re being watched right now? Bionic eyes…Governments watch us from their satellites.

While Plastic Lawyer Candidate is clearly a protest song about Barack Obama, Cahill points out that it’s time we stop listening to all the politicians, it’s time that we as a nation, as a free people vote every politician in office today out.

You and I…Will not obey, we will not comply. But now…we’ve pulled the plug We’re never gonna listen…to the politicians… It’s time to throw them out…all of them…all of them… Life, you only get one chance, so make the most of it. This is life, not your life…this is life…it’s just life.

The music is such that you want to move with it while the lyrics when you listen to them, project a slide show of images in your mind of drone strikes, teleprompter speeches, and NSA surveillance details being reported that makes you want to unplug everything.

Live Video of “We’re Not The Only Ones” Acoustic

Interview with FDNY member on 9/11 Truth.